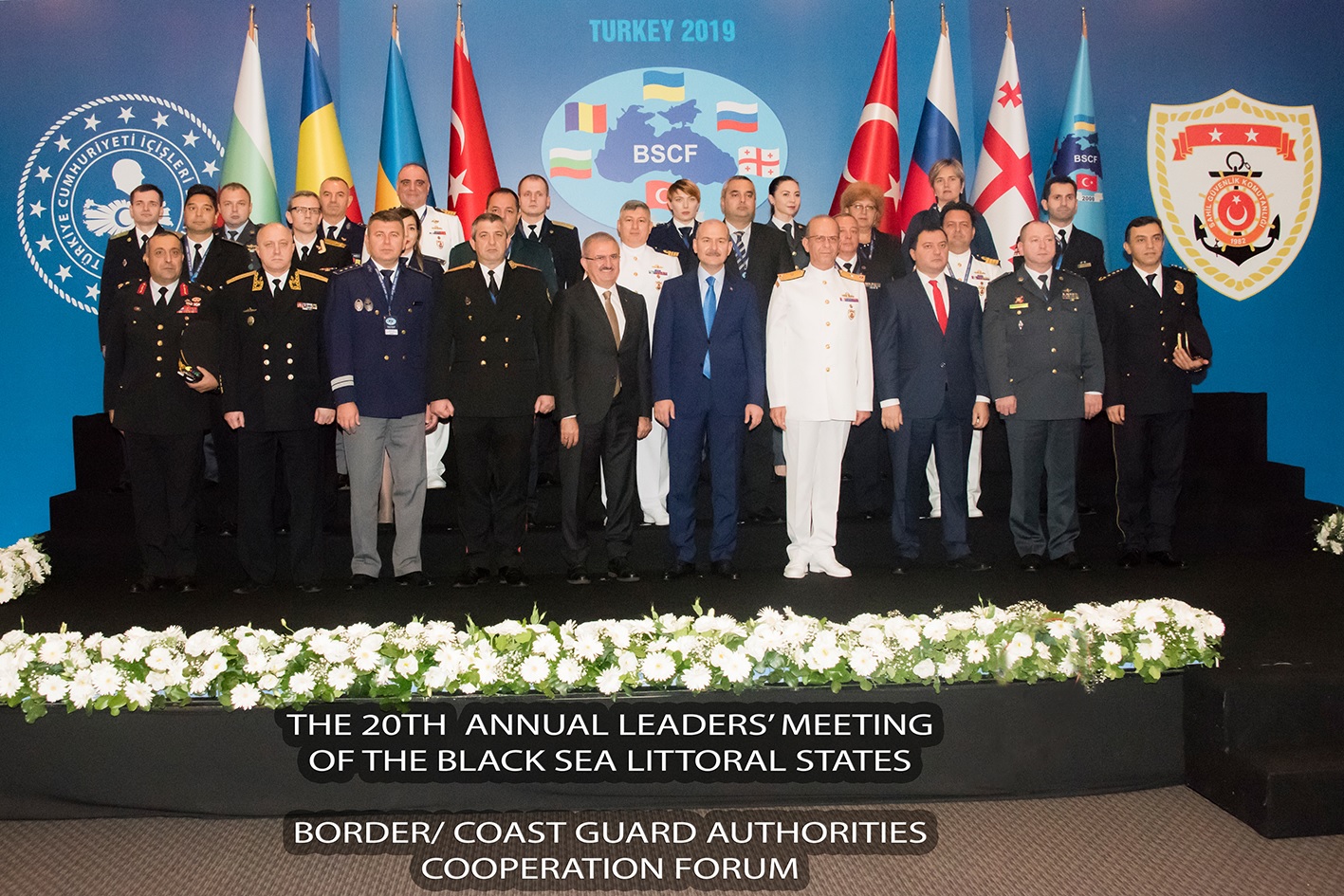 The meetings of Black Sea Littoral States Border/Coast Guard Agencies Cooperation Forum (BSCF) were inaugurated with the initiative and under the leadership of Türkiye in 2000 with the participation of Bulgaria, Georgia, Romania, Russian Federation and Ukraine.

BSCF was institutionalised following the agreement signed during the 7th Meeting of the Leaders of the Black Sea Littoral States Border/Coast Guard Agencies, which was held in Istanbul on 07–09 November 2006.

The fundamental tasks of BSCF are;

Following Working Group Meetings are being conducted within the context of BSCF activities:

Furthermore, the member countries host Expert Meeting and Black Sea Hawk Exercise during their chairmanship. “The 20th Leaders Meeting” was held on 16-18 October 2019 in Antalya/Türkiye. BSCF chairmanship was handed over to Türkiye from Ukraine with this meeting.
"The 21st BSCF Leaders Meeting" was held on 23-26 November 2021 in Sochi/Russian Federation. Within the scope of said meeting, contacts were made and BSCF 2021-2022 term chairmanship was handed over to Russian Federation from Türkiye.