AUTHORITY:
Turkish Coast Guard acts in accordance with Law No 2692 Coast Guard Command, Law No 5271 on Powers and Duties of Police dated 4/7/1934 and Law No 5271 Code of Criminal Procedure and the other relevant legislation provisions in its responsibility area during the performance of its administrative and judicial duties. Turkish Coast Guard possesses the power and responsibilities that Gendarmerie and Police have while fulfilling these duties.

Turkish Coast Guard Command is assigned and authorized to ensure, protect and watch maritime security, maritime safety, public order and to prevent crime. Coast Guard Command performs duties assigned to it by laws and Presidential Decrees in the maritime jurisdiction areas and uses the authorities it receives from national legislation and international law.

DUTIES AND AREA OF RESPONSIBILITY:
Turkish Coast Guard Command is assigned and authorized to maintain, protect and monitor maritime security, maritime safety and public order as well as to prevent the commission of offences at the Republic of Türkiye’s coastlines including all maritime areas
from the junction of land and sea, the port facilities found in the areas and other facilities, marina, fishing port, boat yard, fishery, piers, docks, similar coastal facilities and moorings supporting them; internal waters such as the Marmara Sea, İstanbul and Canakkale Straits,Lake Van, seaports, bays, territorial waters, exclusive economic zone, the maritime areas that are under Turkish sovereignty and control pursuant to national and international laws, international waters within the framework of missions for protecting  overeign rights and Turkish Search and Rescue Region declared to IMO within the scope of international onventions. Coast Guard Command’s duty and responsibility areas might be specified in the other areas deemed appropriate in terms of service requirements by decree of Ministry of Interior of Turkish Republic. 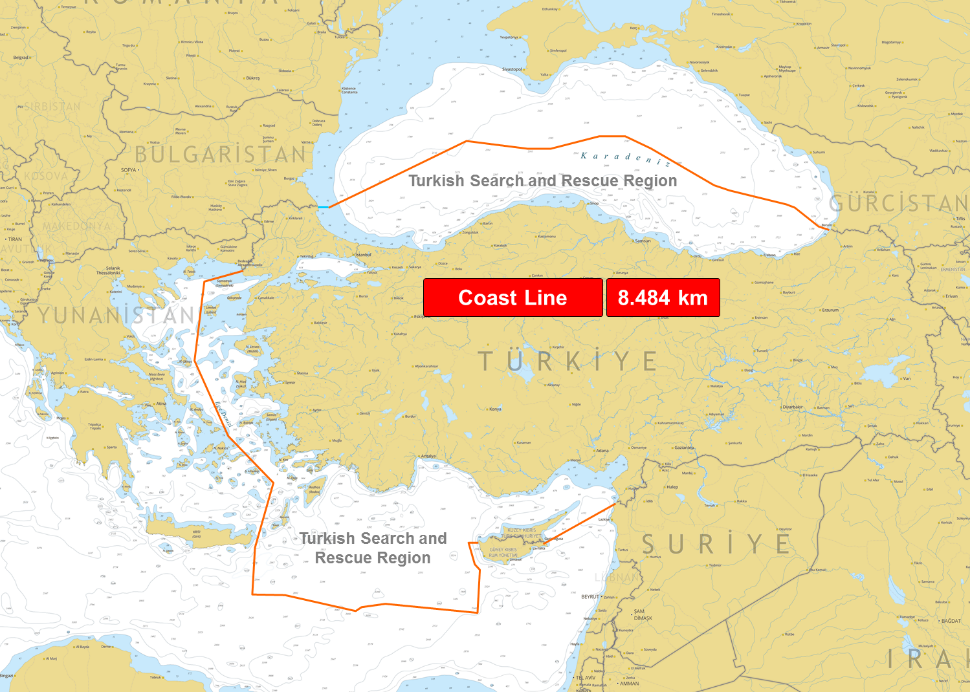 As a general armed law enforcement force at seas and Lake Van, affiliated to Ministry of Interior Coast Guard Command’s duties and mandates were determined with the Regulation on the Organization, Duties and Powers of the Coast Guard Command upon its publication in
the Official Gazette No 29995 and dated 21 January 2017. Within this framework, Coast Guard Command has three main duties. These are “Administrative Duties”, “Judicial Duties” and “Military Duties”.
Coast Guard Command’s judicial duties encompasses acting for committed offences in the direction of Code of Criminal Procedure and performing judicial services for them.
In the events of mobilization and war, the certain units of Turkish Coast Guard Command determined by Presidential Decree enter into the service of the Turkish Naval Forces Command while the rest of the units continue fulfilling their own regular duties. Additionally, the Command is to participate in the trainings and exercises organized by Turkish Naval Forces Command by permission of Ministry of Interior of Turkish Republic without hindering its fundamental tasks. These are the Command’s military duties.
Furthermore, Coast Guard Command maintains, protects and safeguards safety and public order; prevents and inquires smuggling; ensures maritime security of strategic facilities in cooperation with relevant organizations, takes and conducts the required measures to prevent the commission of offences.
Within this framework its administrative duties:
Conducting search and rescue activities pursuant to the national and international legislation at the responsibility area within Turkish Search and Rescue Region. 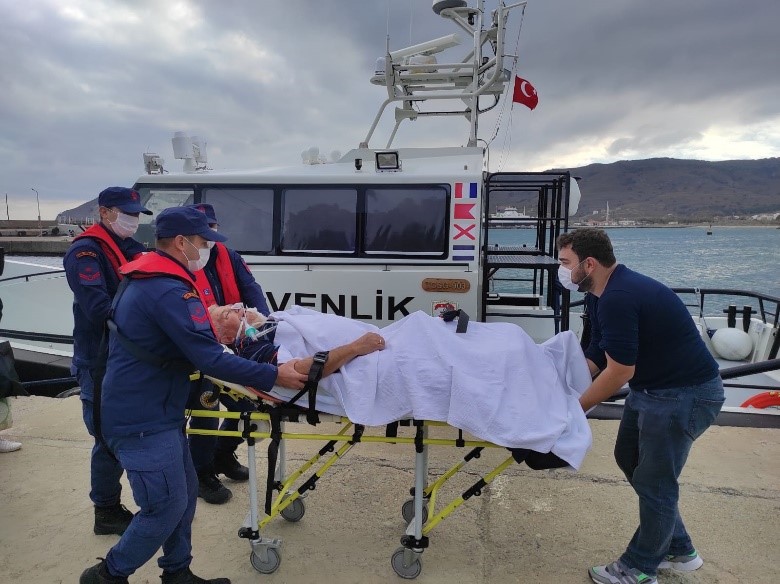 Conducting medical evacuation and patient transfer activities occurred at seas and on islands in coordination with relevant agencies.
Providing maritime security for statesman, the strategic facilities and ships as well as the ships carrying dangerous and hazardous cargo while passing through Turkish Straits. 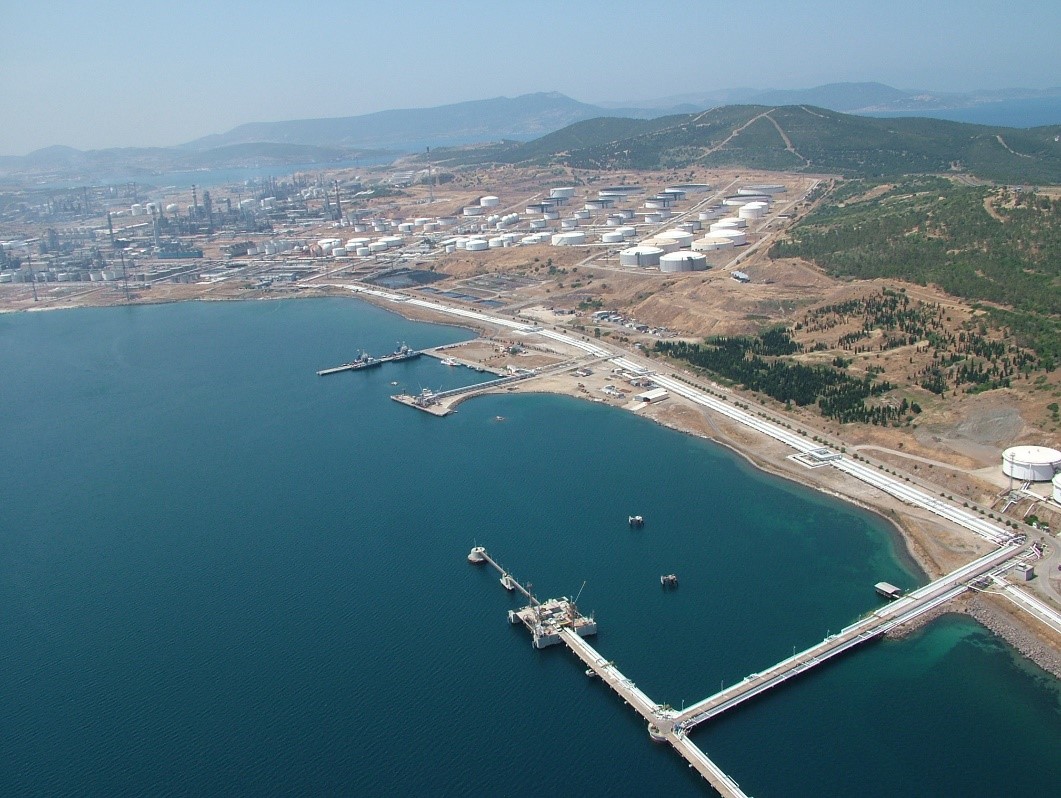 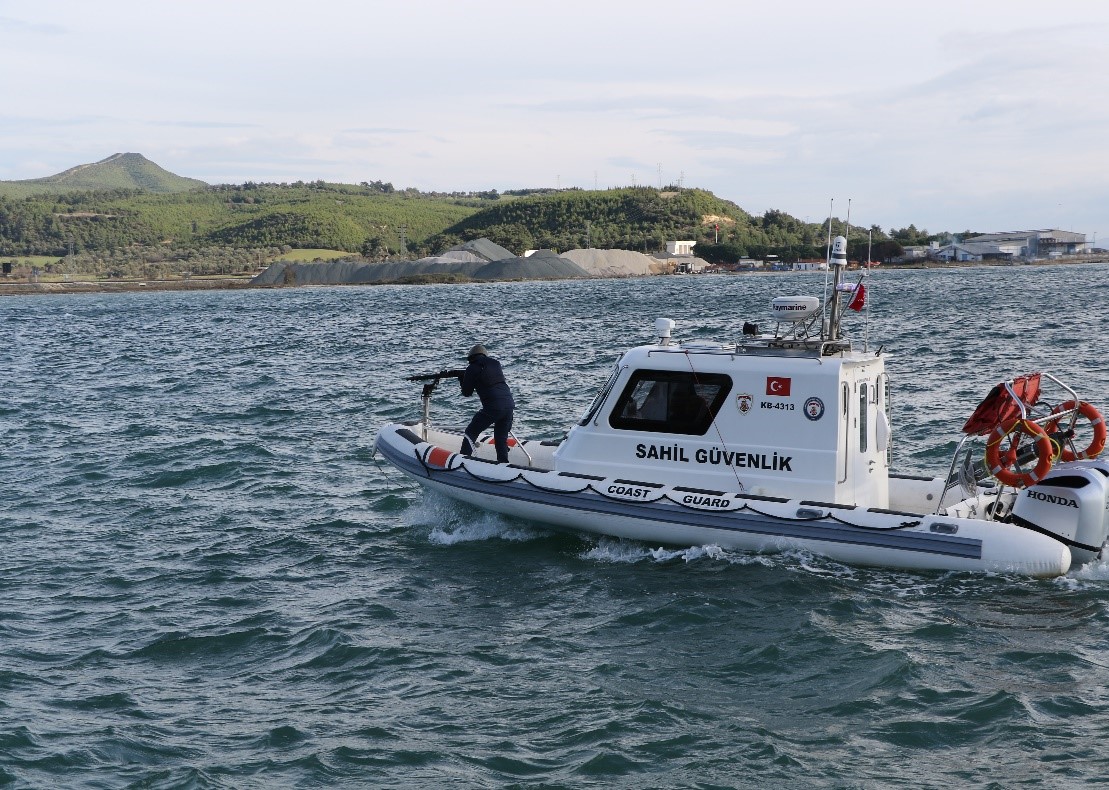 Patrolling for the purpose of maintaining the control and maritime security at maritime areas and sea borders in which Türkiye has sovereignty rights.
Pursuing, monitoring foreign military and state ships’ activities and intervening to he harassments towards the ships with Turkish flag inflicted by foreign military or state ships as well as violations against national interests in conformity with rules of engagement.
. 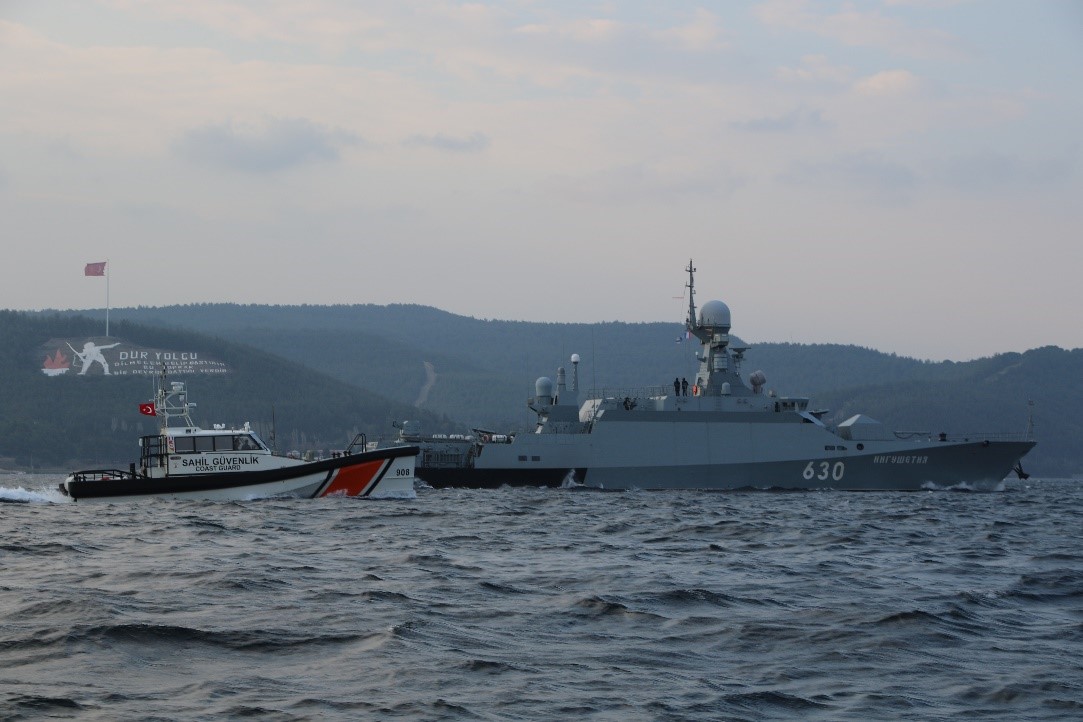 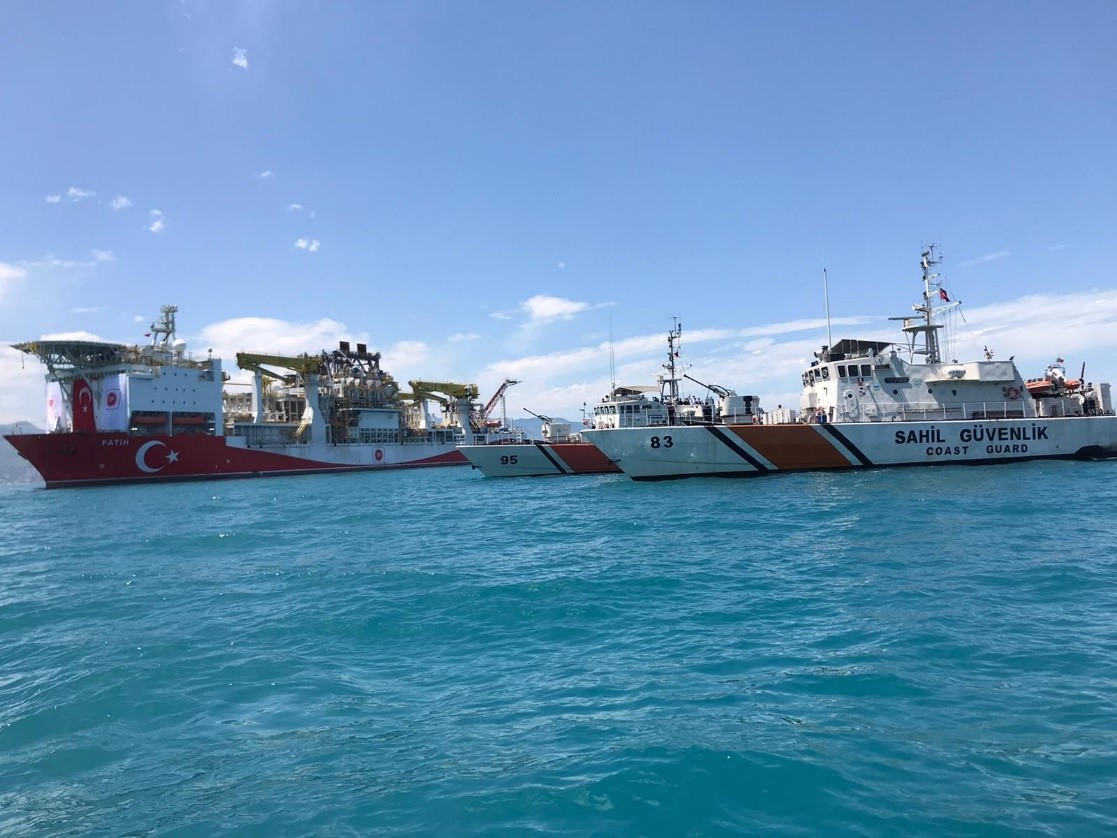 Pursuing, observing and monitoring such activities as the scientific research, exploration of hydrocarbon, drilling, installing cable and pipelines and fishing as well as preventing illegal activities at maritime jurisdiction areas.
Developing means and capabilities to pursue and monitor in view of maintaining maritime safety and security and taking all necessary measures. 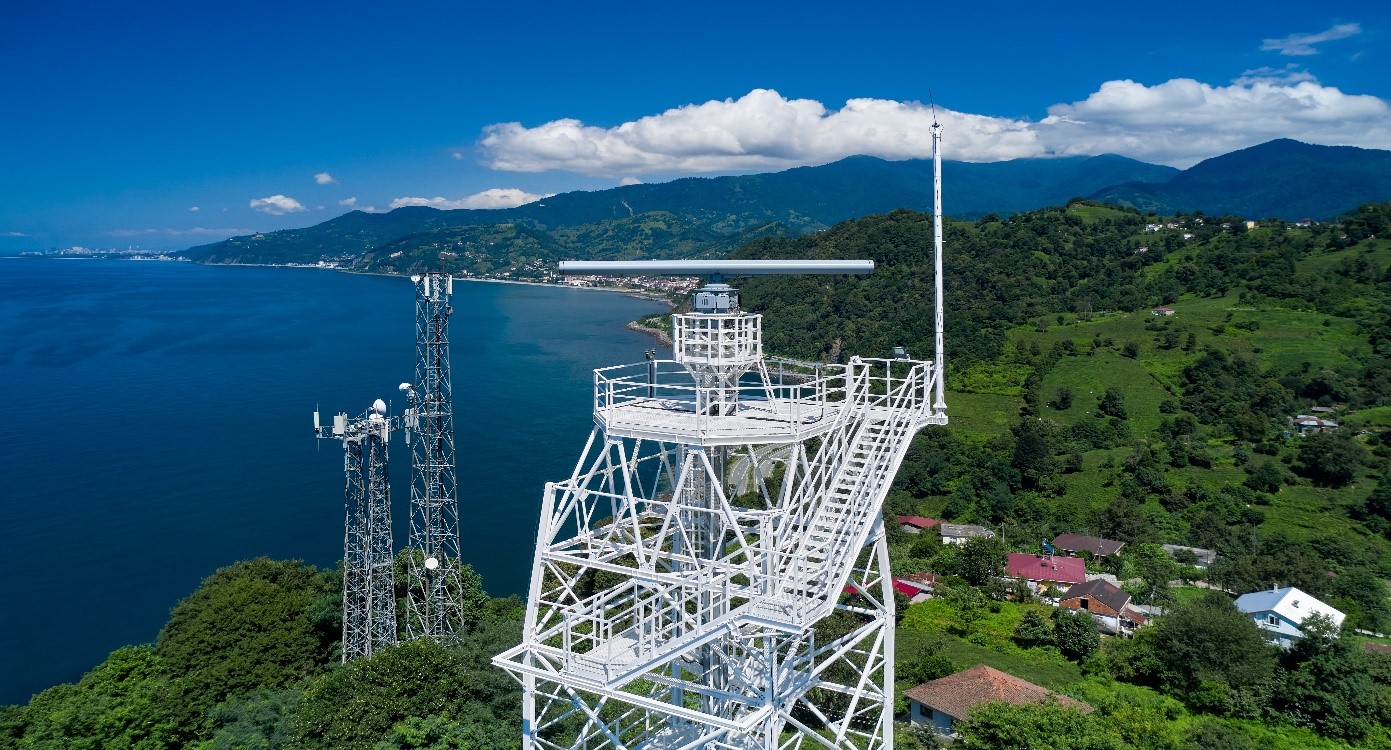 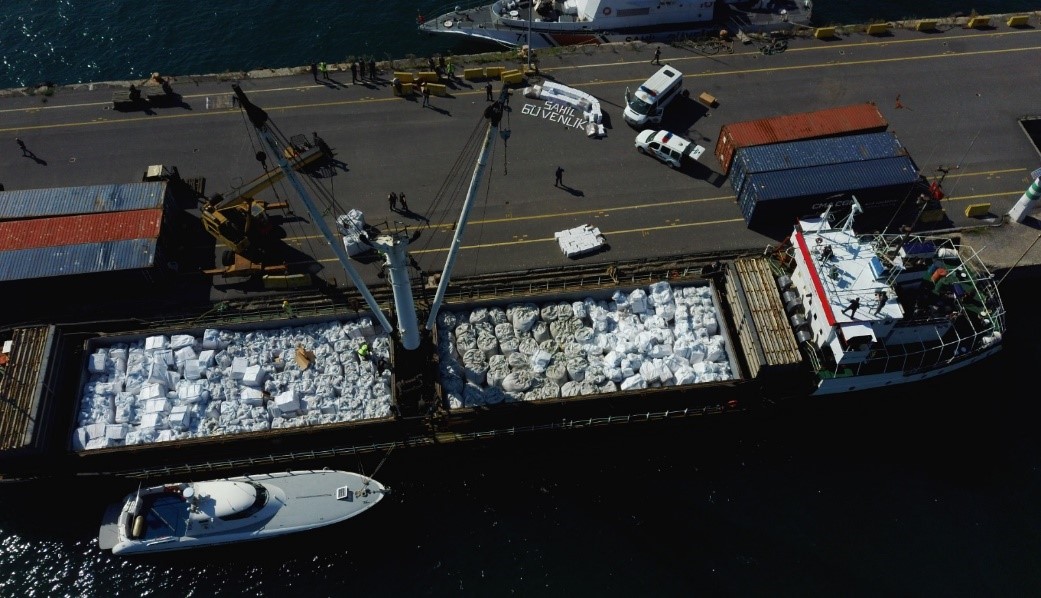 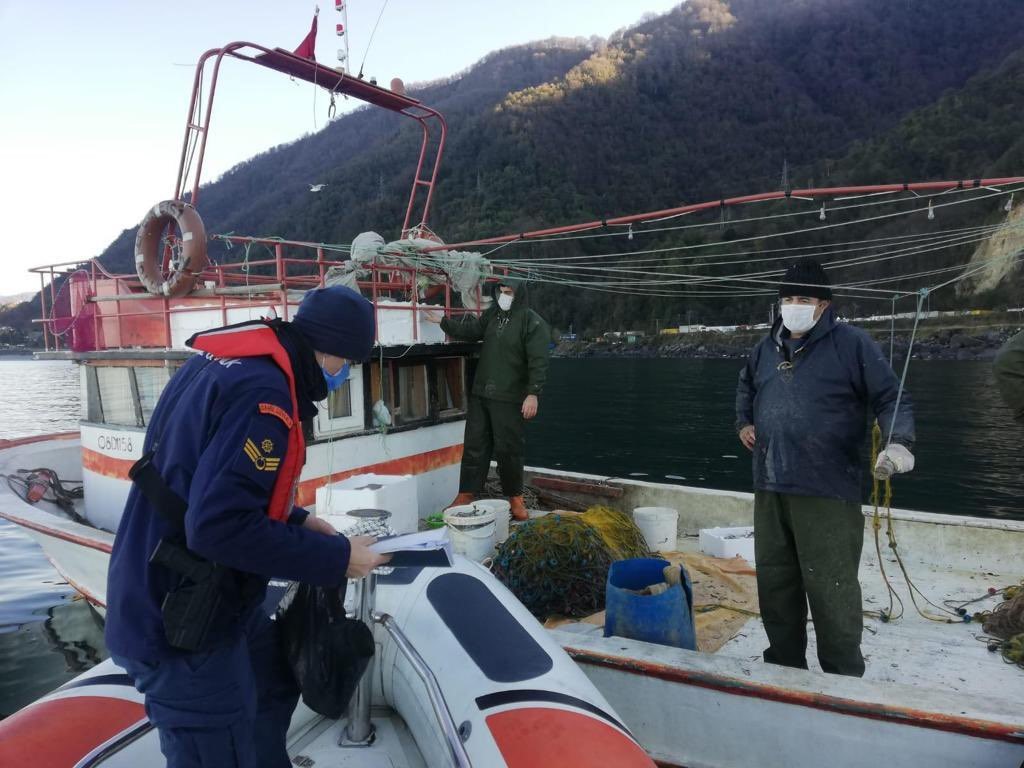 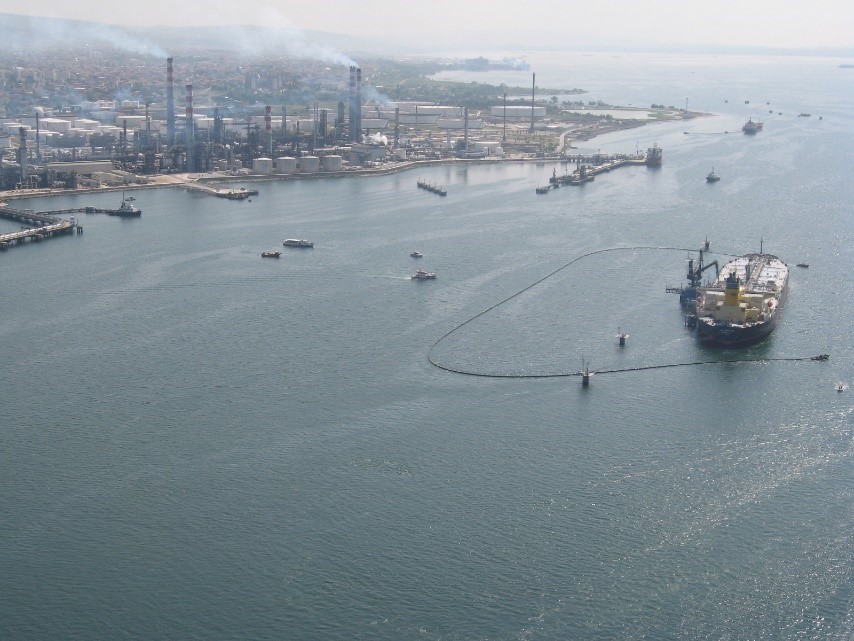 Monitoring and preventing activities against the prohibition of pollution at seas in view of preventing marine pollution and conducting necessary inspections.
Ensuring safety and security at seas in conformity with Law No 4922 Protection of Life and Property in the Sea. 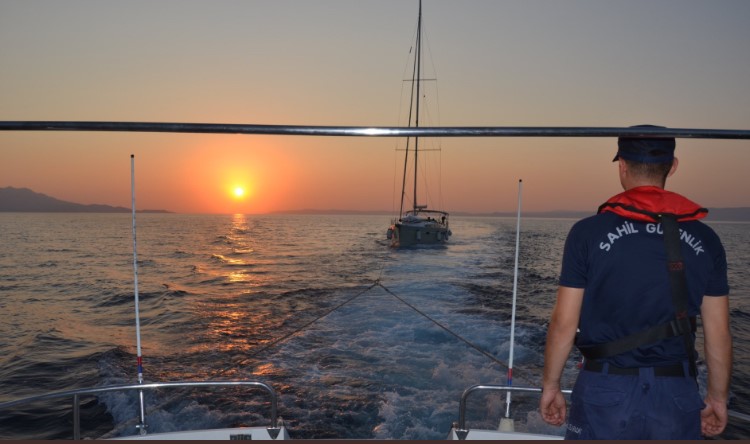 Taking necessary legal actions within the framework of Law No 6458 on Foreigners and International Protection on those entering or leaving Türkiye illegally or foreigners attempting this action.
Conducting inspections regarding Passport Law No 5682. 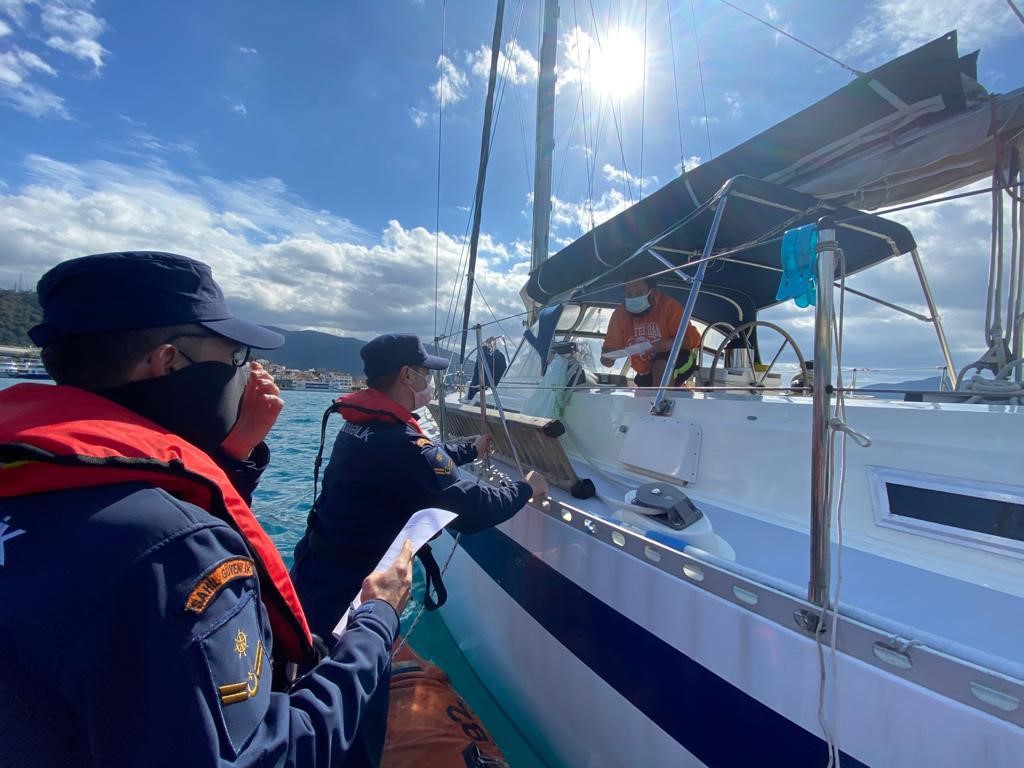 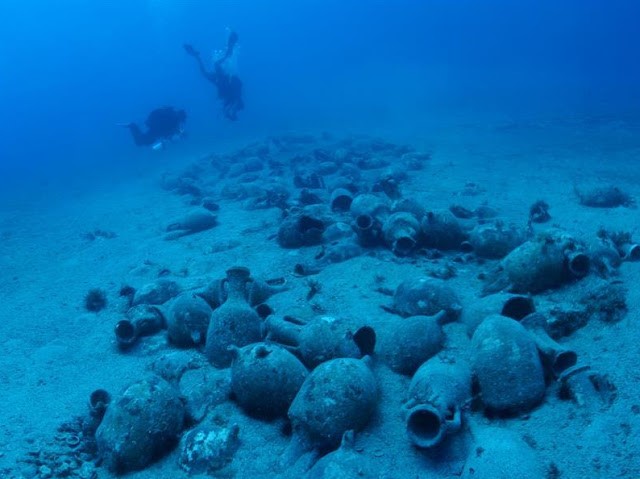 Preventing unlicensed research, drilling and digging activities carried out without permission to uncover the cultural and natural properties at seas, to dive in the forbidden areas and to carry away cultural and natural properties that should be protected in the country pursuant to Law No. 2863 on Conservation of Cultural and Natural Property..
Taking necessary measures and informing relevant authorities on explosives and suspicious materials seen at its responsibility area in conformity with the Law No 4536. 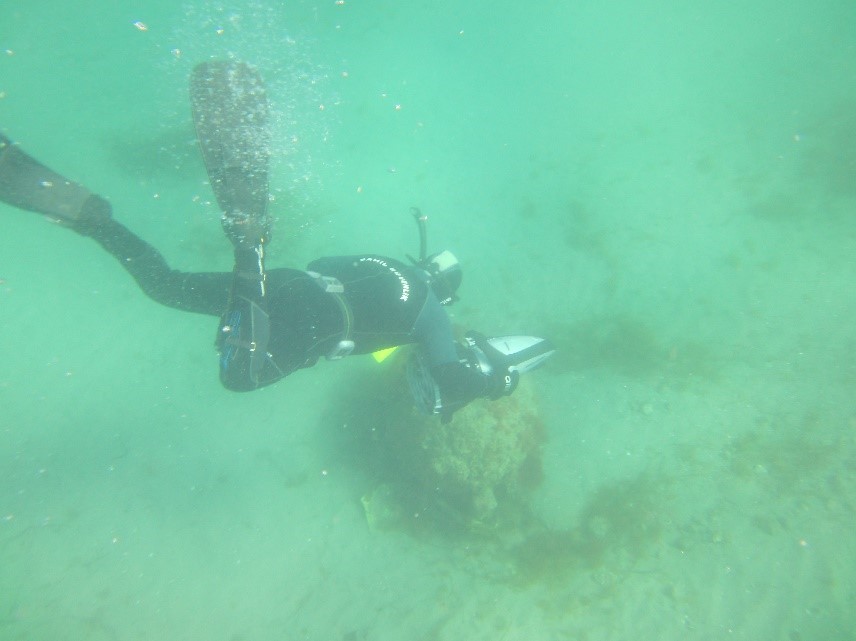 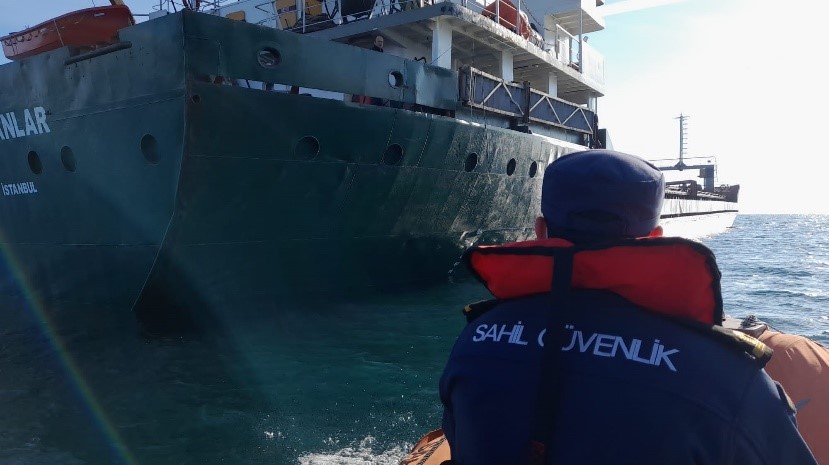 Conducting inspections in accordance with the Law No 815 on Cabotage at the Turkish Coastlines and Trade at the Territorial Waters and Ports.
Inspecting the sea vessels which operate in the field of domestic and foreign yacht and sea tourism within the framework of Law No 2634 on Incentive to Tourism, as well as the enterprises on water sports and their documents pursuant to the Regulation on Sportive Activities with the Purpose of Tourism. 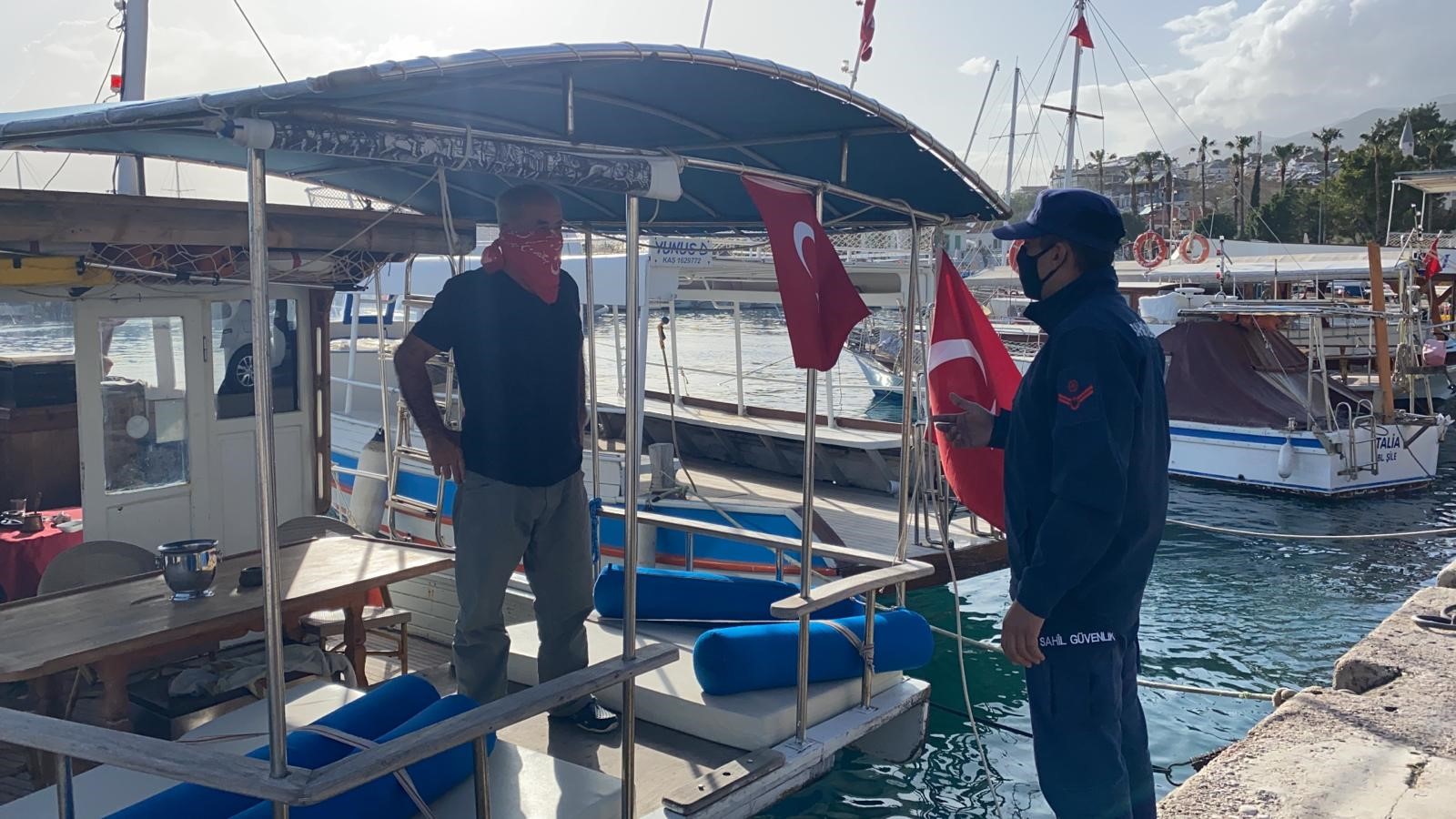 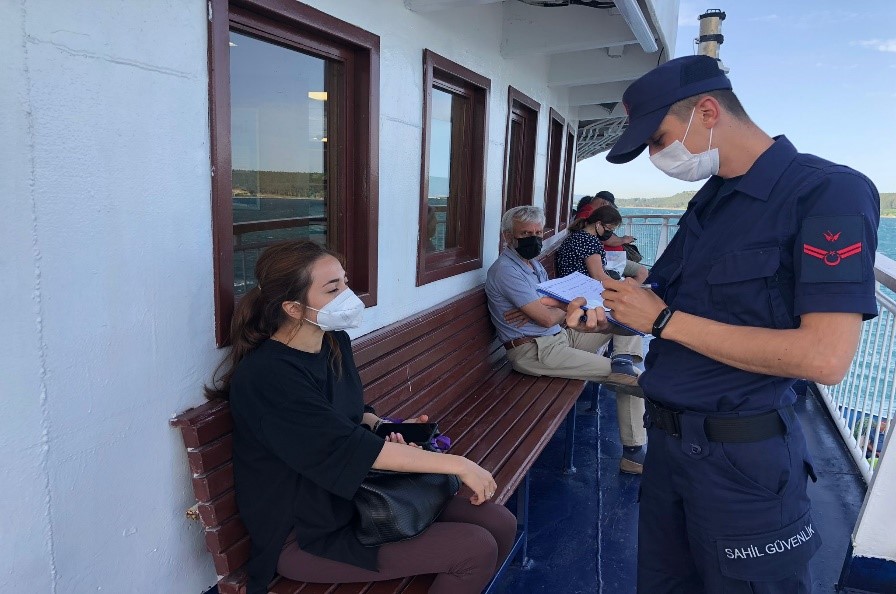 Carrying out inspections pursuant to Law No 5326 on Misdemeanor, Law No 5809 on Electronic Communication and Law No 2548 on Ship Sanitary.
Fulfilling duties in line with national interests and national policies with respect to the disputed islands, islets, rocks, sea structures and  maritime areas. 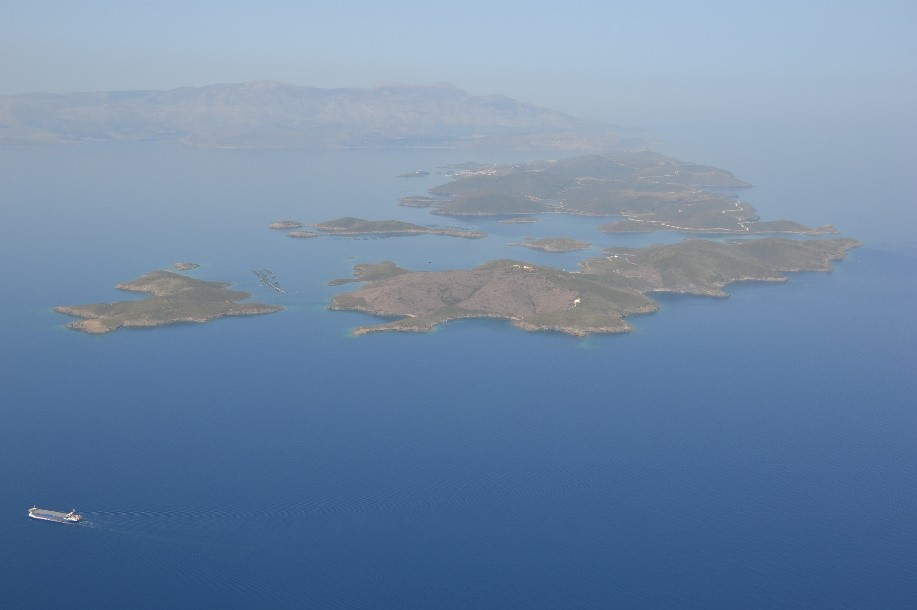 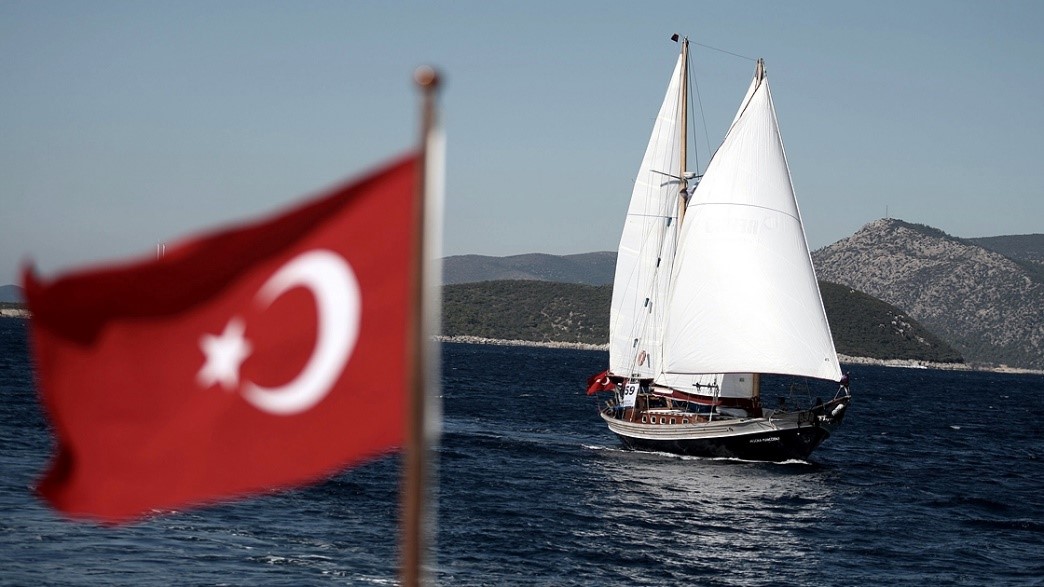 Conducting inspections regarding Turkish flag pursuant to Law No 2893 Turkish Flag Law and the legal provision of the Law No 6102 on Turkish Trade.

In addition to the duties indicated above The Coast Guard may inspect foreign trade vessels in line with the procedures provided in the international law, in cases of suspected activities of piracy, migrant smuggling, trafficking of human beings and drug smuggling at open seas, and for the prevention of unauthorized transmission at open seas, may engage in international cooperation on the abovementioned matters, coordinated by the Ministry of Foreign Affairs. The Coast Guard Command also fulfills any duty arising from national and international law to fight against crimes.

In accordance with the Coast Guard Command Regulation on the Organization, Duties and Powers, ships and boats belonging to Coast Guard have state ship status and air assets have state aircraft status and thus possess the rights and privileges accordingly.