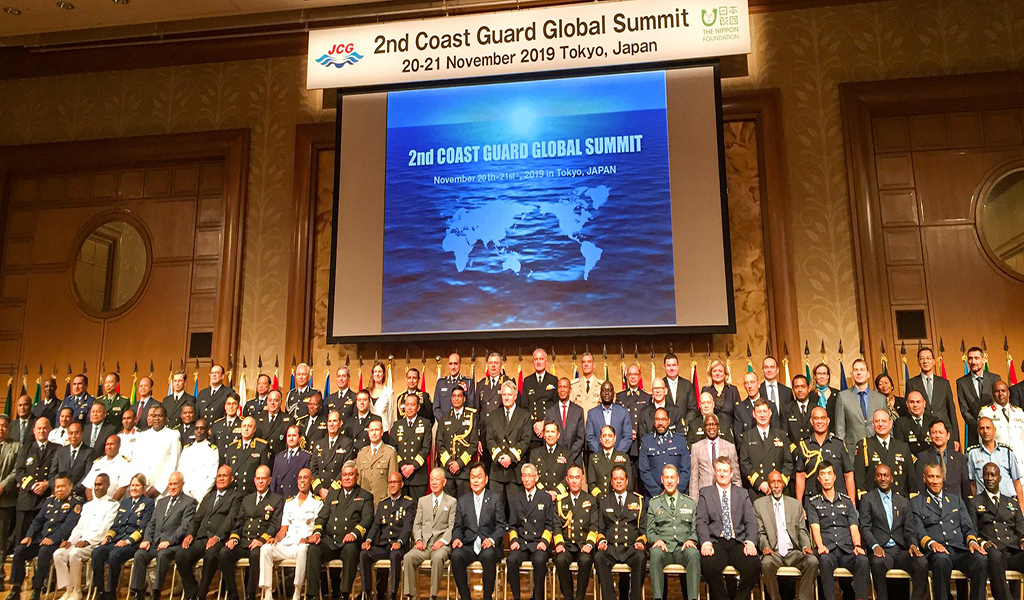 In recent years, the necessity of addressing the maritime challenges on a global basis has arisen.  Within this context, Japan Coast Guard proposed the idea of “Interregional Cooperation” in order to create a basis of cooperation and synergy between all the Coast Guard Agencies and fora across the world.

Coast Guard Global Summit has been carried out under the leadership of Japan Coast Guard to struggle with the global scale maritime challenges today and in the future. Turkish Coast Guard Command has participated these summits since 2017.

Coast Guard Global Summit was held with the participation of 78 countries and 86 delegations from Asia, America, Europe, Oceania and other regions across the world between 19-21 November 2019 in Tokyo, Japan. The Turkish Coast Guard Command also attended the meeting.

The Coast Guard Command actively participates in the aforementioned pilot programs and conveys its knowledge and experience to the coast guards around the world on issues such as Search and Rescue, Combating Irregular Migration, and Maritime Domain Awareness.