On June 13, 2021, around 04:00 am, it was detected that the Greek Coast Guard Boat pushed a group of irregular migrants back into our territorial waters off the coast of the Balıkesir’s Ayvalık district by violating Turkish territorial waters.

During the maneuvers, slight collision was occurred between the two boats. The Turkish Coast Guard Boat was not damaged after this collision.

8 irregular migrants pushed back into our territorial waters by the mentioned Greek Coast Guard Boat were rescued and transferred to the Ayvalık.

The Turkish Coast Guard Command is ready 24 hours a day, 7 days a week, to help anyone in need at sea and to protect our maritime borders by respecting human rights and the law. 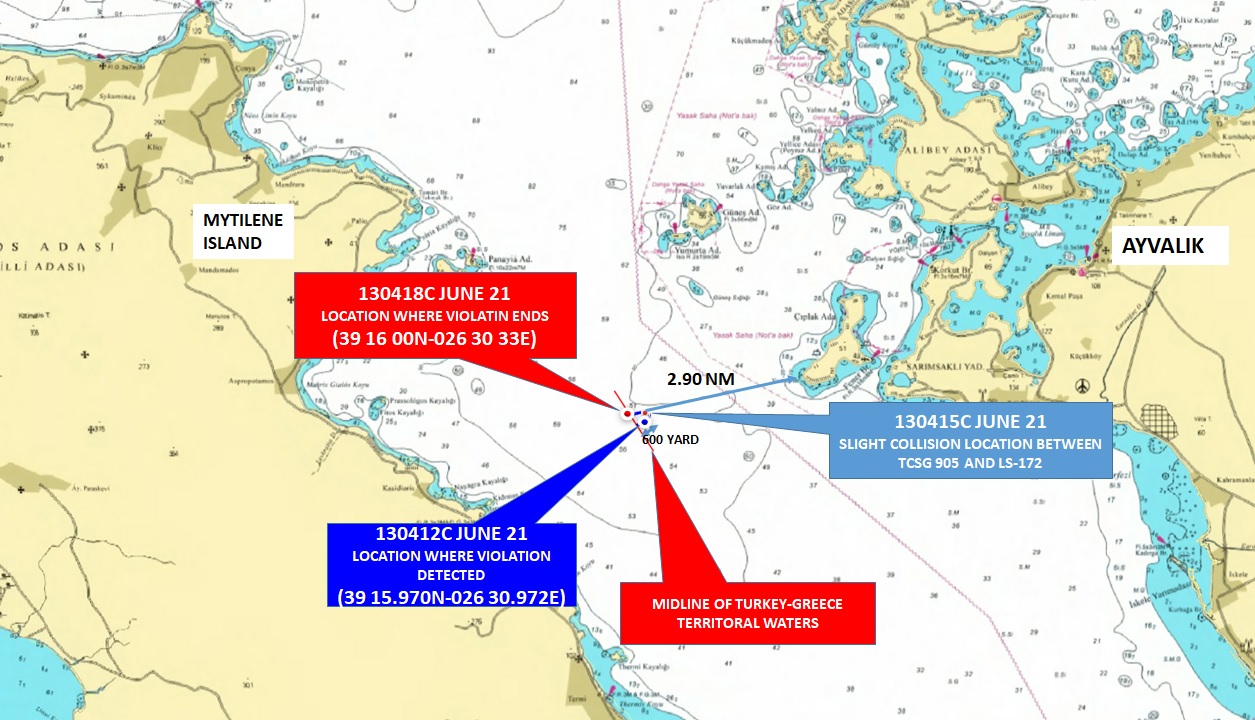